WhiteStone is a not-for-profit, entrance fee Continuing Care Retirement Community with 125 independent living units and 100 licensed beds (88 skilled nursing and 12 dementia care). The community was established in 1912, the oldest Continuing Care Retirement Community in North Carolina, as a Masonic and Eastern Star community located on 42 acres. The property was self-managed by the sponsor until 2006 when the board of directors hired Life Care Services, An LCS Company, as the contract manager.

The community was the first Masonic Fraternal Home in the United States created solely for the caring of the elderly. In 2007 the board of directors made several strategic decisions to reposition the community in the marketplace. First, they decided to allow people without fraternal affiliation to enter the community. Second, they decided to reposition the campus by enhancing the apartment offering with larger apartments with expected in-apartment amenities. It was also in 2007 that the community started to realize the full benefits of independent management by Life Care Services.

Prior to undertaking the expansion, WhiteStone’s board made the decision to shore up core operations. By doing so, the community’s credit profile improved significantly. With the leadership of LCS, WhiteStone recognized an improvement of nearly $3.4 million in the 5-year period ending December 31, 2010.

In 2007, the corporation began the process for planning a substantial renovation and expansion of the community in order to:

Initial marketing efforts at the community were successful; however, as with many Life Plan Communities and housing-related projects in 2008 and 2009, there were delays primarily from economic conditions beyond the community’s control. The board of directors understood the economic reality of the market, and realized that the plans for community redevelopment and expansion needed to be reconsidered and financing identified.

The community redevelopment project was completed as planned and on time. Specific outcomes include:

WhiteStone is continuing to move forward with its master plan for future growth and success. The community plans to build a new independent living wing, adding 67 independent living apartments, as well as a new assisted living and memory care building, adding 24 assisted living apartments and 12 memory care suites. The existing care and wellness center will also be completely renovated to offer more private rooms and updated facilities. When construction is completed, the expansion will provide residents with a full continuum of care in a comfortable, modern setting. Groundbreaking is scheduled for Fall 2019.

To learn how we can position your community for success, get in touch by using the Contact Us form at the bottom of this page or call 515.875.4500.

The success of Phase I helped build a healthy cash position necessary for the next phase of WhiteStone’s repositioning and expansion project; right-sizing the campus. WhiteStone went through the master planning process during the first half of 2017 before kicking off Phase II. Phase II will reduce WhiteStone’s skilled nursing beds, add assisted living and more independent living options, as well as complete its full suite of wellness amenities.

This approach to incorporating varying levels of care also will allow WhiteStone to tailor the level of care for each resident in a more precise way and ultimately reduce cost to the community and the resident.

Bolstering the continuum of care with the addition of assisted living and a right-sized campus will diversify WhiteStone and help it remain competitive in its evolving marketplace. The diversification will help expand its revenue base and provide WhiteStone the opportunity to continue reinvesting in its mission of serving seniors. 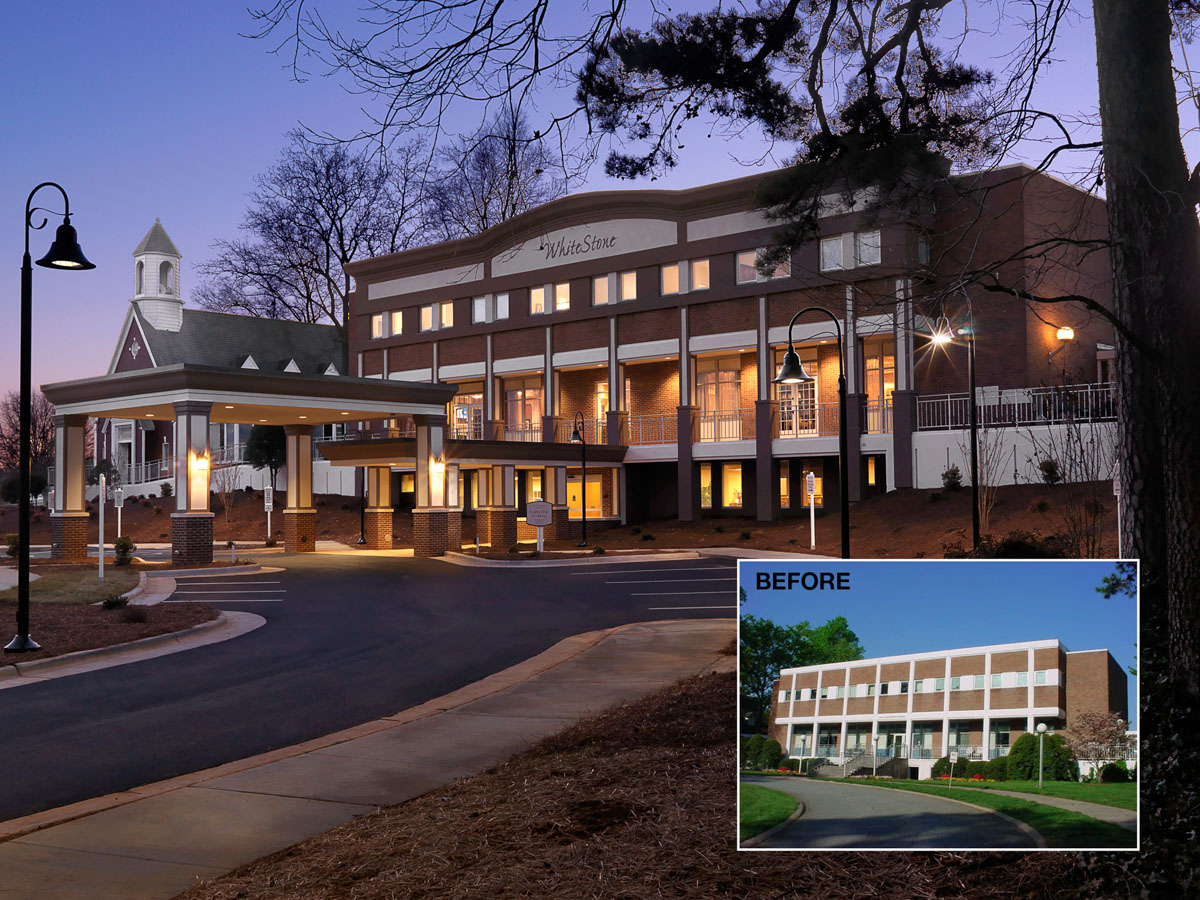 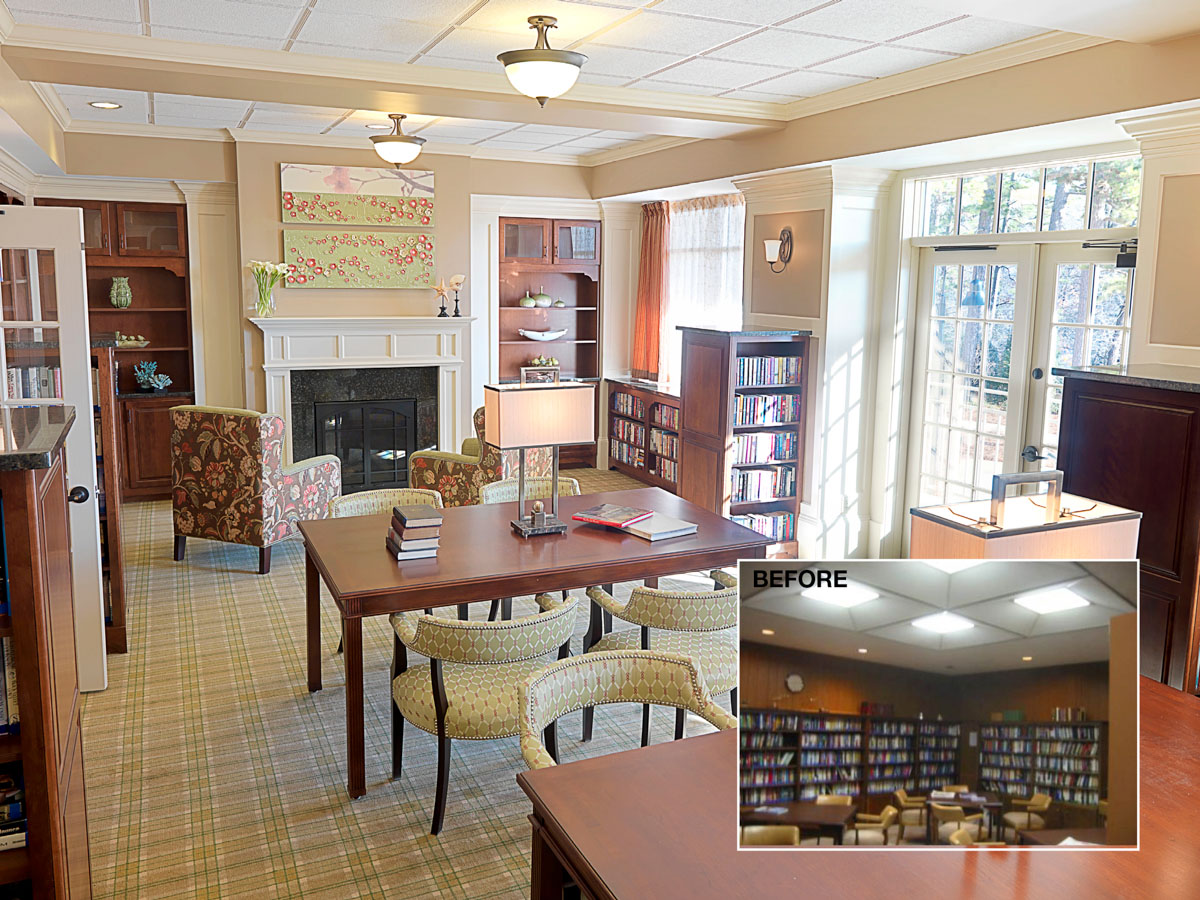 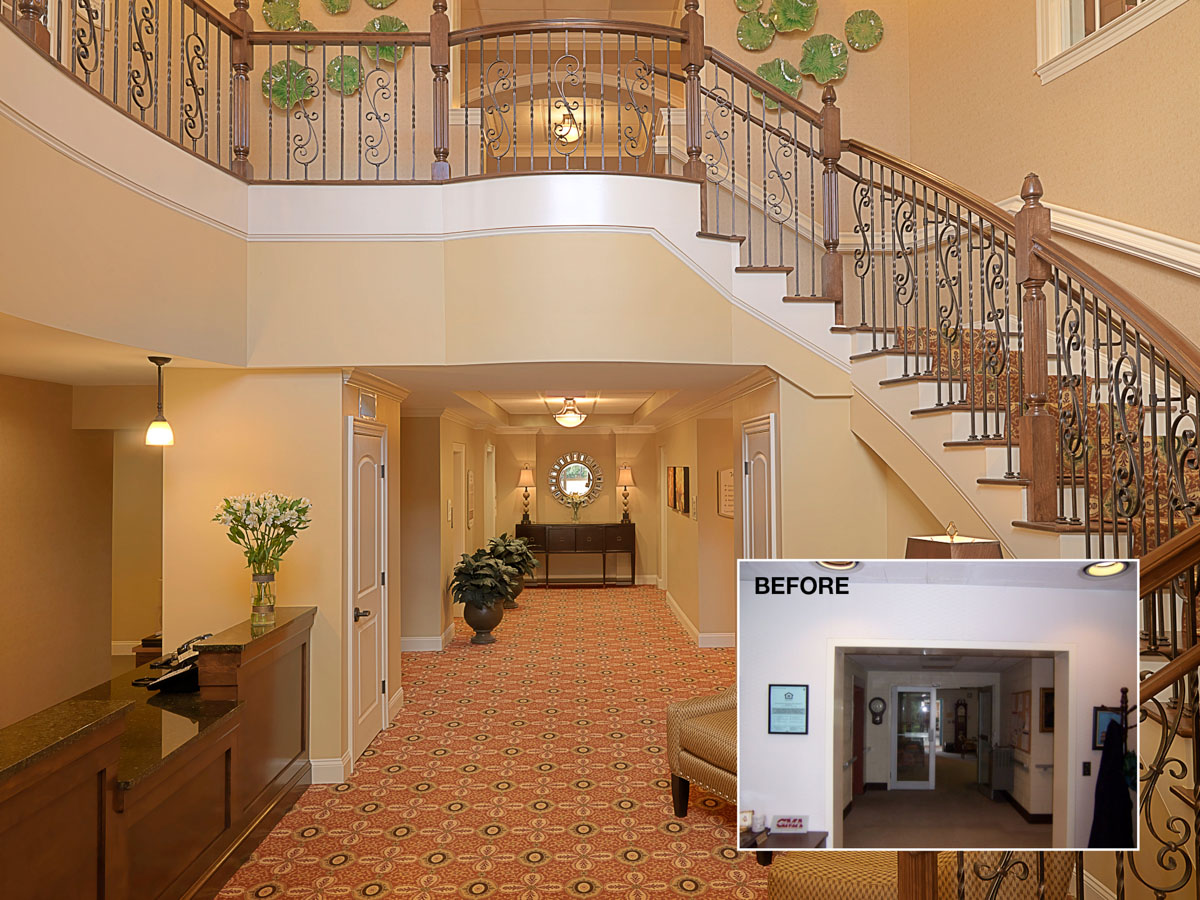 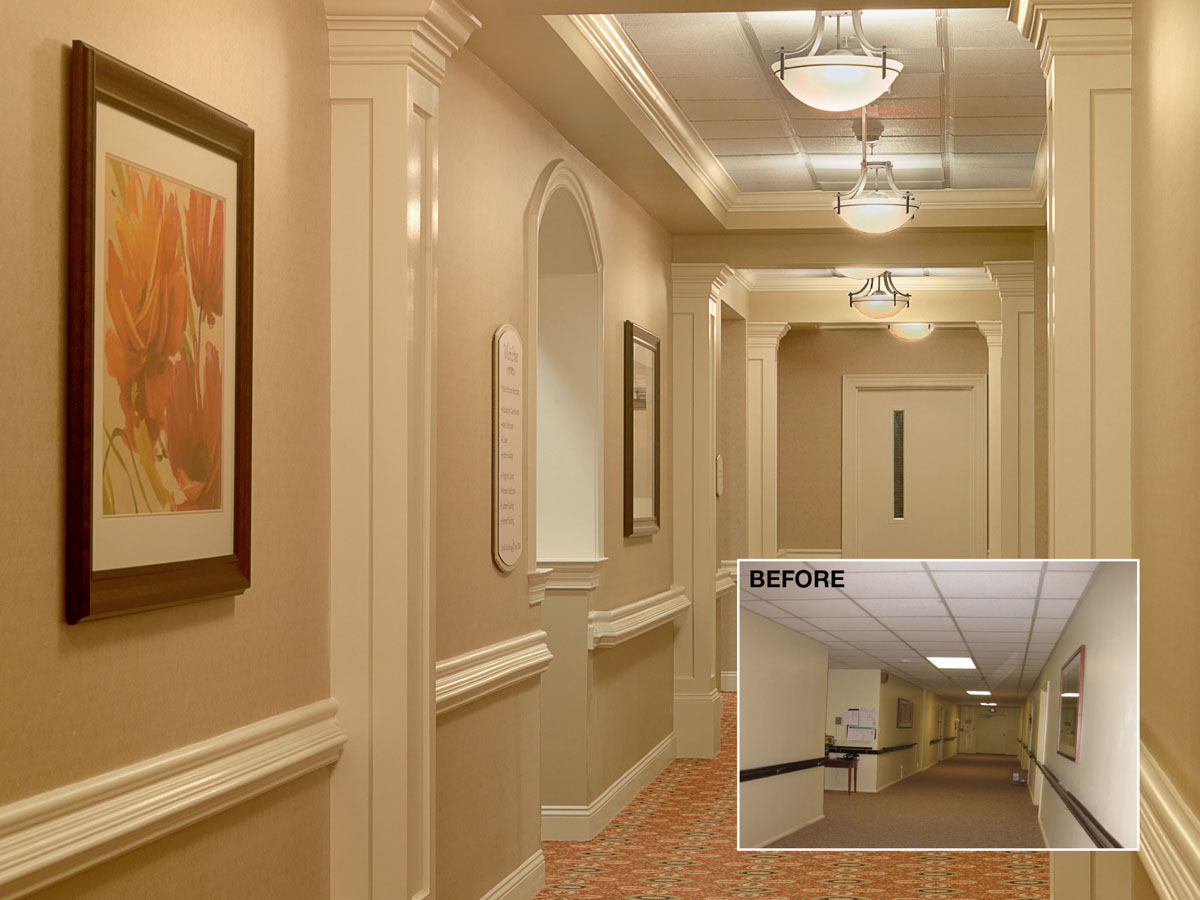 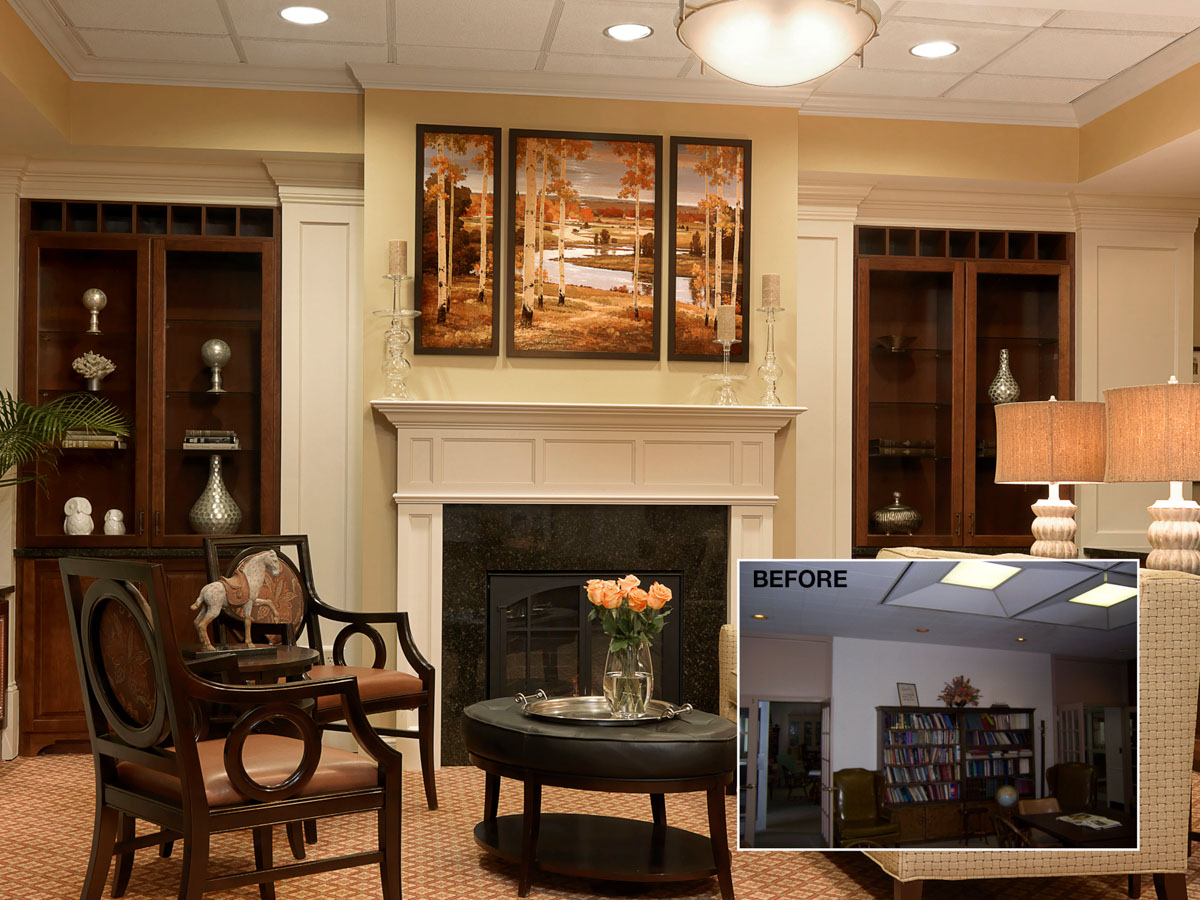 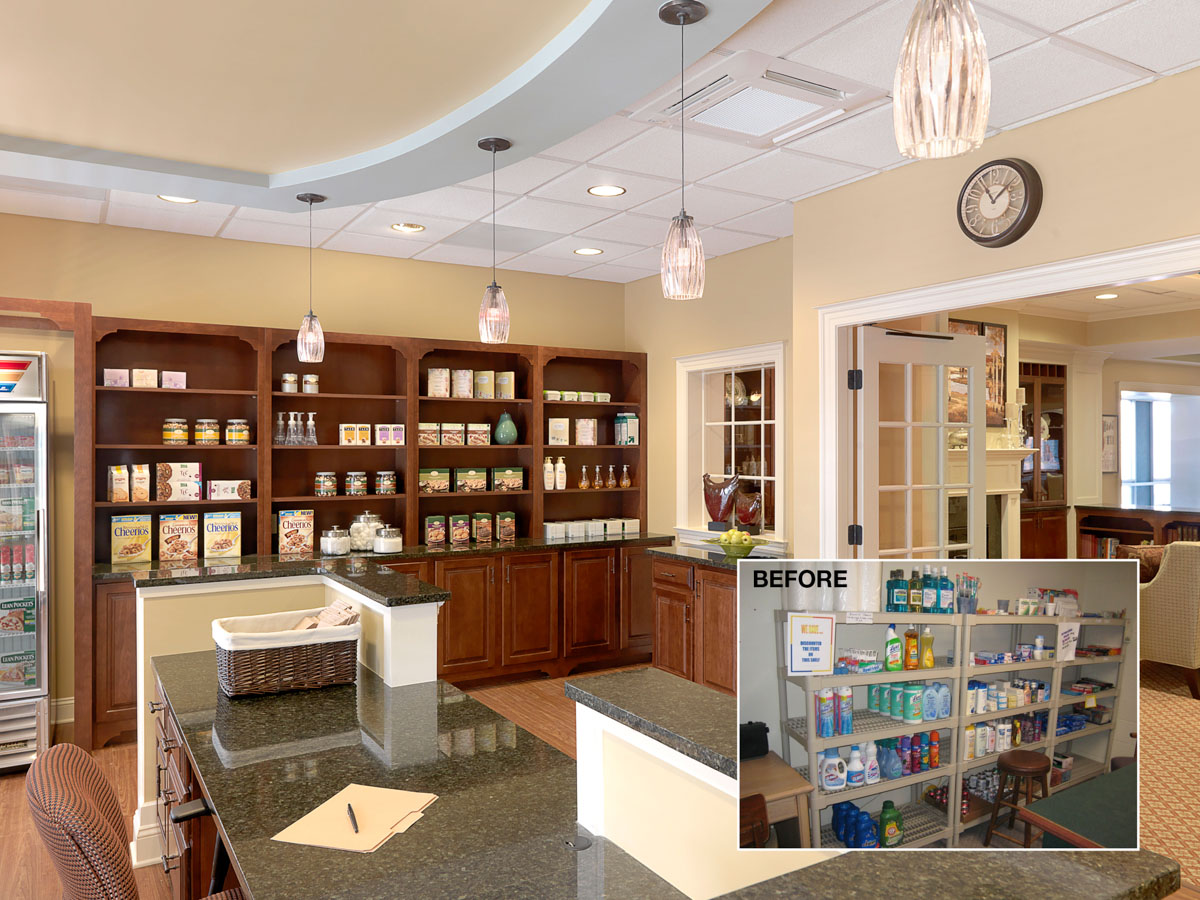